The Splashpoint 5k is traditionally held in April, but a second Autumn event was added this year by Worthing Rowing Club. The 7:30pm start time was maintained despite the darkening skies. The banner shot was as the finishers crossed the line with the moon over Brighton. It transpired that running conditions were good and some strong times recorded. But first the traditional Tuff Photo call:- Unfortunately Tuff Fitty would relinquish both the Men’s and Ladies title as the Amos All Stars grabbed top position in the Men’s competition and Striders for the Ladies.   However this did not diminish fantastic individual performances with 18 Tuffs – out of a total field of 44 runners, 41% of the field – amazing.

There were seven Tuffs recording 5k times below 20 minutes as follows:-

Congratulations to Steve Custance, Michael Redgrave, Glenn Parisi, Clive Harvey, James Brock, Steve Brock & Chris Evans.  It was a particularly good achievement from Simon, Ollie and Clive who had just completed Ironman 70.3 in the wind and rain at the weekend, yet still turned up for the team. Ollie did superbly recording a new PB.

It was disappointing that we could not muster a ladies team to defend that title with Clare Worgan as our sole representative. However Clare made excellent use of the opportunity running home as third lady overall.  Not only did she receive the third place medal, but she reported she had recorded a PB; so congratulations to her.

Thanks to Chris Robinson who became custodian of the camera, Jane Custance (& Rhiley), Danny Bruce, Mark & Bec Day who came along to cheer, and all the Tuff runners; the strong turnout justifying the Tuff flag flying high. Whilst the mens team didn’t win the team prize, Tuff Fitty were second, third, oh and fifth & seventh teams.  It was off to the bar to celebrate.     Click on the gallery to view:- 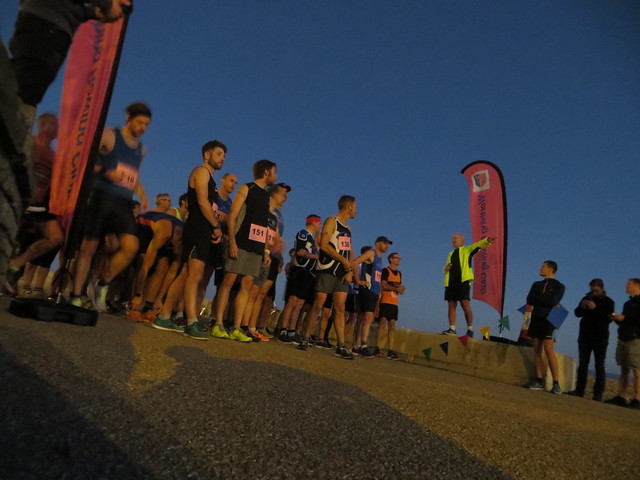 Weekend Round Up 9th 10th July