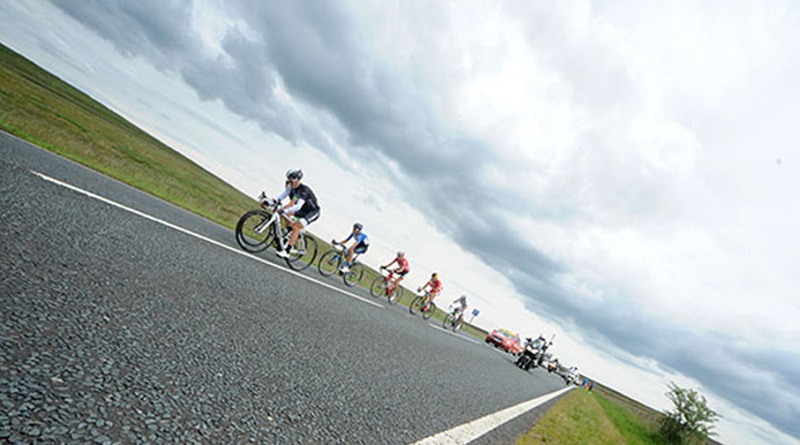 An article from Bicycling.com about 5 reasons you’re not getting faster on the bike, and how to dump them for good for quick, easy speed gains.

You “ride lots.” Cyclists often have the notion that putting in big miles ought to automatically make them faster. It’s true that when you’re just starting out, any miles will make you faster because you’re getting fitter. But once you’ve reached a certain point, piling on the miles is just that—piling on the miles. To go faster you need to train your top end and boost your threshold so you can sustain higher speeds.
Fix it: Do speed work once or twice a week, mixing up eye-poppingly hard short intervals like Tabatas (20 seconds full gas, 10 seconds rest, 8 times; 2 to 3 sets) with longer tempo intervals (10 to 20 minutes at about 75 to 85 percent max heart rate, 5 minutes recovery, 2 to 3 sets).

You blow off your core. We talk core here till we’re blue in the face. But when I work with cyclists whose speed is getting sapped from back pain or general fatigue, they’re nearly always neglecting their core. The best is (and I’m guilty too) the folks who do their core work to get rid of pain and then drop it as soon as they feel better. Doesn’t work that way. Core training should be like pumping your tires, something you do several times a week tokeep from getting flat! Because when your core gets weak, you lose power transfer from your upper body to your lower body. That makes you less stable in the saddle, and you can’t push maximum power into your pedals to go fast.
Fix it: Bored with the same old core moves? Don’t stop. Switch it up. Try this variation of a classic core move. Elevated Bird Dog: The traditional bird dog is performed from your hands and knees. Elevate it by getting into a push up position, arms and legs extended. Keep your torso still as you alternately raise opposite arms and legs for 10 times a side.

You don’t respect your rest. You can’t get faster without going slower. Deep rest is less essential when you’re doing endurance training (aka riding lots). But when you hit those pedals hard, you suck your glycogen stores dry and break down muscle fibers. They cannot fully restock and repair if you keep stressing them.
Fix it: As a rule of thumb, make your easy rides as easy as your hard rides are hard. If that’s a struggle, spend your easy days off the bike and work your core (see above) instead.

You’re too hung up on losing weight. Let’s do a little math. Depending on your size, you can store about 1,700 to 2,000 calories of glycogen in your muscles and liver. Hard rides can torch up to 800 calories (more if you’re going REALLY hard) an hour. At that rate, it doesn’t take long to drain the tank, and you’re going to slow down as it approaches “E.” Chances are good if you’re counting carbs and calories that you’re not starting out on full either, so you’re starting your ride compromised. Even if you’re a good fat burner, you’ll go faster with enough glycogen on board.
Fix it: Time your carbohydrate intake so you top off your tank before a hard ride and replenish what you’ve burned right after you’re done. When you know you’ll be going really hard (think cyclocross training, intervals), fuel up with a carb-rich meal about 2 ½ to 3 hours before. Something easily digestible like a rice with a little chicken or oatmeal with nut butter is good. Then about 15 minutes before you go, pop a few energy chews to top your tank. For longer, more tempo rides, you can eat closer to go time. Slug down some chocolate milk and a handful of mixed nuts afterward for carbs to restock and protein to repair.

You neglect technique. You can be fit and relatively fast, but still get dropped by equally-fit-and-fast riders with better bike handling and riding technique.
Fix it: Bike handling is something you can and should work on regularly. Practice cornering. Take a cyclocross clinic. Perform pedaling drills. But remember, too, that there are many little things you can do for immediate gains. Pedal out of every corner to maintain speed. Anticipate your shifts, so you’re not bogged down and getting dropped in too big of a gear. Sit in the group and keep your pulls at the front short and sweet (everyone should) to meter out your effort over a long ride. All those little techniques add up to quick and easy sustainable speed. 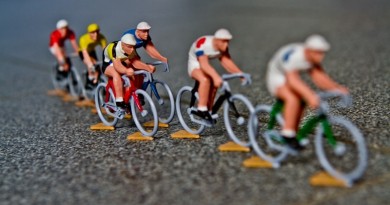 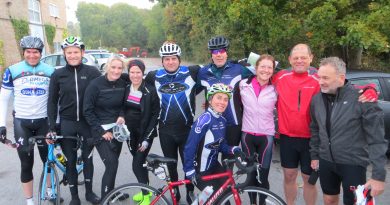 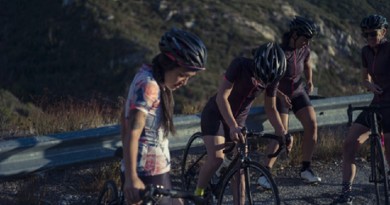