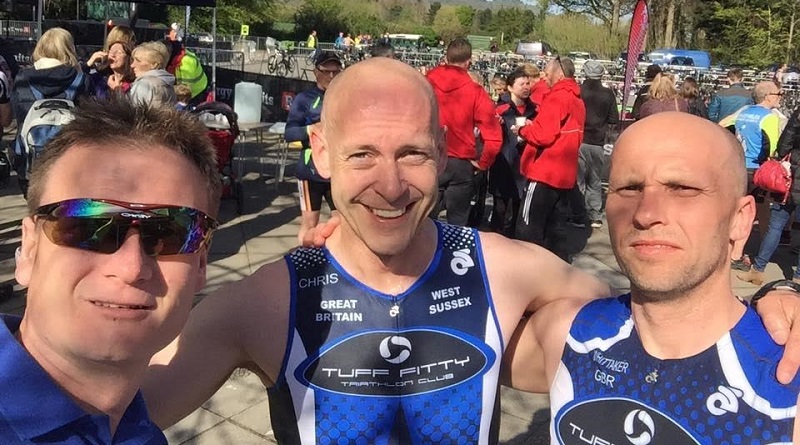 First triathlon (standard) of the season and the weather was looking sunny if not a little chilly as I scrapped ice off the car. It was my first time racing with the shiv (did I mention I have a new bike) so was looking forward to seeing what I could do. The bike always being my weakest discipline.

Got the obligatory transition selfie and was promptly told off and put the phone away and started to prep the area.

Time to get pool side and say hello to the Harvey brothers doing a fine job. Swim went well, I always enjoy the swim especially in a nice warm pool. But I was in for a bit of a shock as I exited the pool into the cold air to transition. Glad I put my toe covers onto my shoes the night before. I had decided pre race to go hard on the bike and not worry about the run.

For the first time since I started doing triathlons I actually enjoyed the bike and didn’t feel like a complete novice (must have been the shiv, did I mention I have a new bike). My speed felt good and apart from my freezing fingers felt very comfy. Still when one of the time trial participants goes by, you realise how easy they make cycling look and how slow you actually are.

Jon Roper reminded me to stop as I approached transition and the run began. The most painful part of the race. The couple of hills on the run always feel like mountains at this point. As I turned at Wiston House I knew I could get a decent time so went for it. Crossed the line in 1 hour 52.

Saw Bob at the finish, also Matt Whittaker and Chris Robinson. Chris on his first triathlon getting in under 2hours great racing. Great turnout by the Tuffs, even more in the sprint. Also well done to all the Tuffs helping Raw Energy on the day. Lovely day all round. The wife even let me stay in the pub whilst she went shopping. —-

A report by Huw Williams

The Steyning triathlon really kicked off the triathlon season for the tuff fittys, with clear blue skies and sunshine there was a great tuff turnout in both the sprint and the standard events and also many tuffs marshalling making it another well organised and friendly Raw Energy Pursuits event.
The standard race started early about 6.00am ish for the first swimmers, then out onto the bike section which was a shock to the system as it was still about 3 degrees outside. This wasn’t too bad on the A24 section as the sun was starting to warm up the air but back on the return leg to Steyning under the cover of the trees it was still barely above 3 degrees. (for the first waves of swimmers). This affected a few people in transition; tricky undoing buckles and shoes with ice cold hands and feet! By the time most of the early waves of swimmers were beginning their runs the sun was up and a good 12 degrees plus. Gavin Sewell was the first Tuff home when all the results were in with a cracking time well under 2 hours following closely by Matt Whittaker, then Chris Robinson also under 2 hours .Nicole Patterson-Lett was the first Tuff lady also with a cracking time just a fraction over the 2 hour mark followed closely by Sharon Tidmarsh.
In the sprint which was raced in almost barmy warm spring weather compared with the standard Tom Goddard put in a solid time to earn a well placed 7th. First 3 lady Tuffs were Michaela Floyd, followed by Catharine Western and Katie Goddard. Nicole Ewer put in a great performance in her first triathlon of 1:28:41 ( I think there were a few other Tuffs doing their first tri? apologies in advance for not putting you in the report)

An awesome turnout from our club just making Tuff Fitty the largest club present over Brighton Tri and that was before we count the many club members helping.

Despite a large number of club members not racing in Club kit which saw them run under the radar, there is at least one shot of everyone in the following montage 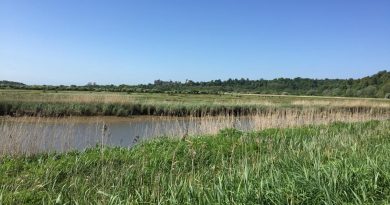 Weekend Round Up 19th 20th May