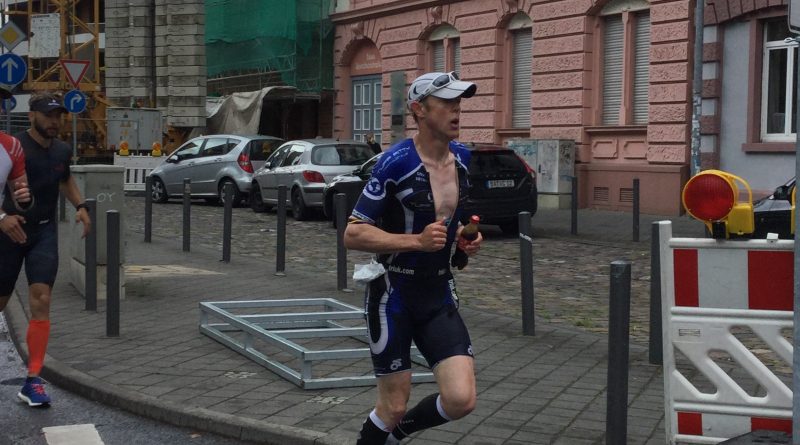 Top billing goes to Craig Hunter flying the Tuff Fitty banner out at Ironman Frankfurt on the 3rd July. No stranger to the IM Frankfurt course, Craig first undertook this race with a group of fellow Tuff’s in 2013. A lot of people would have been happy with a time then of 10 hours 9 minutes. However he returned the following year improving his time to 9:29 and secured his Hawaii slot where he did well.  A half hour gain is pretty impressive but he was back again to race this year and delivered an even better result – 5th overall in his age group.  Craig’s swim was 55:50, he charged around the bike course in just 4:53:19 and then delivered a cracking marathon time of 3:11:50. This accrued a total finish time of 9:09:28. His past two Frankfurt races had been in blistering heat but this time conditions were cool and damp, and even cold for the swim

It is superb to be able to give recognition here to Craig as he is so modest about his achievements. He fits his training in around work and family with most of the work under the radar. His last success at Frankfurt earned his qualification on a roll back, but there was no question about his ability this time. 5th in age group, 69th overall and despite less Hawaii slots allocated, because there are more Ironman events worldwide, the benchmark was comfortably exceeded. 5th in age group is clearly seriously impressive, but to give added impetus did you know this is one of the most contested aged groups with circa 500 entrants

Steve and Daphne Belt were present to cheer and they have kindly sent some photos of Craig’s superb day out shown below.

Congratulations from us all Craig. A fantastic well deserved result, reducing his Frankfurt time down by an hour since 2013 -awesome. 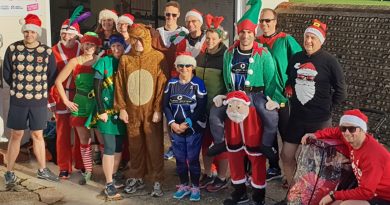 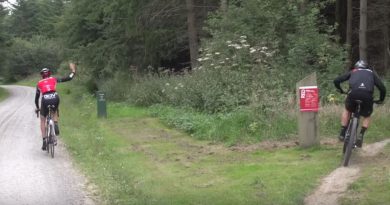