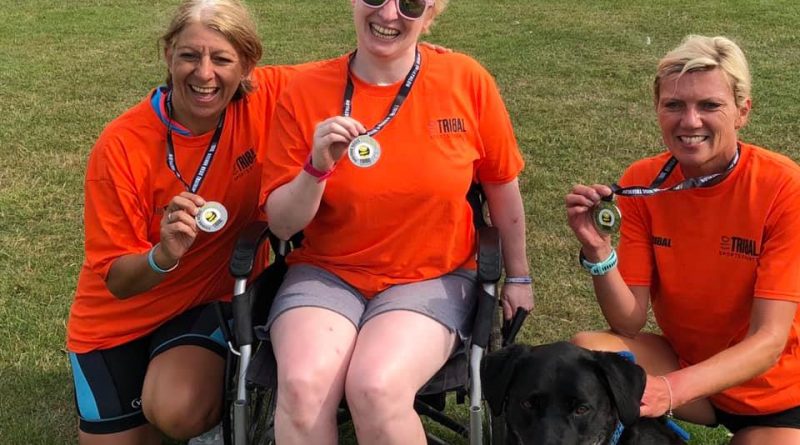 This weekend’s Round Up has proved difficult to compile simply because there was just so much Tuff action going on – which is exactly how we like it. Therefore to do everyone justice it has been split into two, with Bognor Tri and Thames Marathon here – look out for edition two from the weekend.

It was a shame to see that numbrs were down across the board at this year’s Bognor Triathlon. However Tuff Fitty had a brilliant contingent – all of whom made the podium, both in the sprint event and the relay.

The sprint race comprised a 400m swim, followed by a 24k bike and 5k run. Callum Lelliott got off to a terrific start taking the fastest 400m swim split of just 5:39, He didn’t ease up from here securing the day’s best bike split. Callum wrapped up the race as he also had the best run crossing the line first overall by some margin. Callum reported that “it was a really good event with a very friendly, sporting atmosphere, lots of fantastic performances from everyone.  The swim was well organised, the bike was a fast course and I managed to survive the run!”

Also racing was Steve Woodbridge. Once Steve was out of the pool he flew through both transitions. He did have someone ahead of him on the bike recording a quicker split, but they had taken an incorrect route. Therefore as he crossed the finish line, Steve was awarded second place overall – what a great double – 1st & 2nd congratulations to them both. Steve echoed Callum’s comments stating “Bognor was a very relaxed, friendly event; nice pool, flat and fast bike and run course. Having been relaxing on holiday it felt good to put some effort in and got lucky to come in 2nd. Nice little event I’d recommend.”

However the good news didn’t end there as we had a strong ladies representation in the relay (held across the standard distance course), comprising Helen Bull, Christine Holyoake & Sue Neilson. With thanks to Helen she takes up the story:-

“Tribal events are always very well organised & friendly and this was exactly that.”

“Myself, Christine & Sue have wanted to do a tri relay together all season but life kept throwing all sorts of obstacles in our way. However, thankfully all the planets aligned & we were able to do this one”.

“I started us off with the swim.. it was just a mere 800m, 32 lengths of ALC pool. Easy right?! Normally yes.. but I’m recovering from a collapsed lung & chest infection. I genuinely wasn’t sure if I had it in me. Luckily for me I had the best 2 team mates a girl could ever wish for on the poolside cheering me on. This made the world of difference”.

“I handed over to Christine who completely smashed the 37k bike ride in 1 hour 12 minutes. This woman is strong!!”

“Sue was raring to get going with the 10km run & her & Christine had a speedy handover of the timing chip in transition. Sue steamed off looking incredibly fierce. It was getting warmer by the minute but she stormed over the finish line with an incredibly run time of 46 minutes.”

“All three of us are absolutely chuffed with our result – each of us gave it absolutely everything we had.. for me, what is really special is just how much I loved competing as part of a relay team. I’m surprised more people don’t do the relay. I can’t describe the love & respect I have for these ladies.. and I’m so grateful to Tuffs for bringing us together.”

Fancy a 14k event? Oh, so not a run then – a swim!! clearly a candidate for one of our rapid swim specialists, Andy Tester. He has kindly reported in on this iconic event:-

” The Thames Marathon, now in its 9th year and the 4th year I have swam. It is a 14km journey from the bridge at Henley-on-Thames to the bridge at Marlow. It covers a beautiful stretch of the Thames and has become one of open water swimming’s most prestigious marathon swims and one of my favourites The swim is split into 4 sections. Swimmers exit the water at the 3 locks (Hambledon at 4km, Hurley at 10km and Temple at 11.8km) where food and energy snacks are available. Again, this year allowed for great conditions with water temperatures up to 20 degrees C and with 1000 swimmers entering the river in 3 waves.

Setting off from The Leander Club at Henley the first 4km seemed to fly by as I swam through the packs of swimmers. After a quick fuel and jog through the lock at Hambledon it was onto the longer 6km section. A beautiful meandering section where the swimmers stretch out into smaller pods and solo swimmers. In some parts it feels like you are alone apart from the odd swans, ducks and geese flying into land overhead. Hurley marks 10km and this year for the first time it felt hard for the first km of the 2km section. I remember thinking “maybe Wednesday’s track session and Thursdays GRIT were a bad idea” as the arms felt like lead. This soon passed and it was onto Temple. Out of the lock at Temple and a straddle jump into the Thames for the last 2km-ish section. As All Saints Church at Bisham came into view, and I swam under the willows hanging over the water, it was time to kick for the finish with many supporters cheering their swimmers in. 6300 strokes, 3:10:57, 28th overall not the fastest I’ve swum the course but it is a fantastic swim and one that I would recommend to anyone looking for a long paddle. 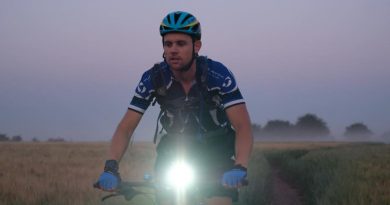 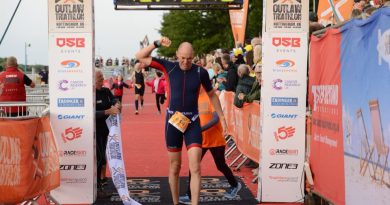 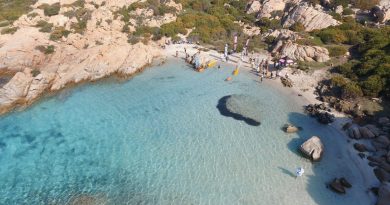