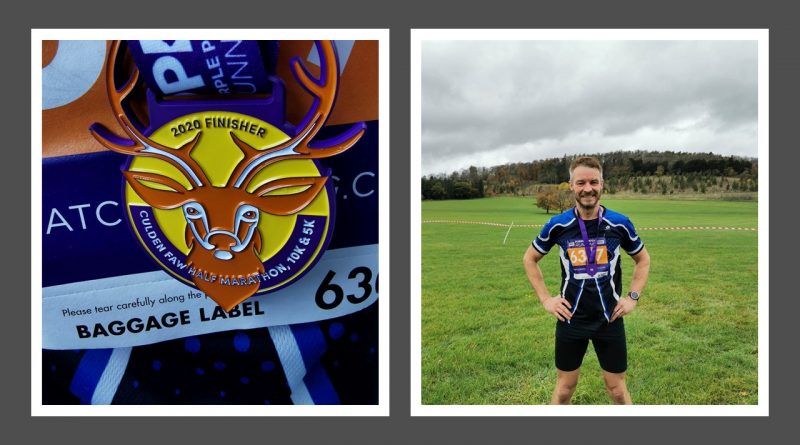 So here we are in lockdown again, although it hasn’t stopped us recruiting another new member this week. The previous weekend saw one ‘actual’ race, and the past weekend saw ‘virtual’ races completed, plus members are continuing to train individually. Please read on for the Tuff news:-

First up we have a report from Simon Thistlethwaite who headed up to the Hambledon Estate for a Covid friendly split start between 8:30 & 10:30am:-

“The Culden Faw half at Henley on Thames was the perfect getaway given the latest lockdown measures. Set to be my penultimate race of the season I had to ensure this race was firmly in my diary.”

“Feeling fresh as a daisy and well rested I headed into the race with a clear head hoping for a top 5 spot.”

“The Culden Faw estate sits on the edge of the river Thames and has you running through picturesque ancient woodland , farmland and wild conservation areas”.

“Purple Patch running welcome all abilities aimed at small local friendly events and the Marshalls did a great job to ensure we had a well organised well navigated Autumn trail run here. The route was undulating with muddy and bumpy pathways with over 400metres elevation. It was a cracking course.”

“We collected our chipped race numbers on the morning and spaced out at the start to await the directors instructions.”

“ so you will all have studied the course and have a good idea of where you are going “ NOPE ! He made us aware it was a fairly difficult to follow technical course the shape of a frying pan “ but when you run up the frying pan handle and run around the circle at the top then imagine a poached egg pan on top of that one and instead of turning right here go left for one lap of the poached egg pan on your first lap only. Second lap ignore the poached egg and turn right instead of left” – right so basically just follow the people in front and hope they know which is the right way.”

“The course was stunning , it had everything you could want in a trail run except I left my legs at home today. I slept well – I had not over-trained , under-trained and felt like a spring chicken at the start although that was short lived and just 500metres into the race I knew I was in trouble. I had literally no energy at all and my legs had started aching. It was a strange feeling but I knew at this point that something was amiss and I knew I was going to struggle, and struggle I did”.

“Every step felt like running through mud with concrete wellies, I had nothing on the straights, the downs , therefore the hills were extremely difficult. I had zero effort to give this fantastic course and I cant believe I made it round without quitting or stopping for a rest. A hard day at the office indeed possibly caused by a very painful lower back injury from a slip 2 days before. I’d toyed with the idea of fatigue but its not that – I know that now.”

“For once the end was a welcome sight and I was surprised to finish 13th in 1.38 given it was my worst ever race performance . I will definitely be back for another shot at this if the next two go ahead as planned – very highly recommended !!”

Many races were deferred and others became virtual races for Tuffs to complete. Several had entered Swimathon which became a virtual challenge during October. Submitting accrued swim times saw several members receive their Swim cap and 2020 medal in the post this week. At least three others completed the London Vitality 10k gaining a large piece of 2020 bling together with the event t-shirt. There were other virtual events as reported below:-

Next up we need to recognise an extraordinary virtual run from two of our Ultra run specialists; Danny Cunnett & Jay McCardle. A hundred mile race would be exceptional at the best of times but Jay completed the distance covering 11,528ft of climbing and although Danny stopped at half way, his 54 miles included 6,214 feet of ascent – total respect gents. Jay takes up the story:-

“Danny and I were supposed to be running the official centurion 100 mile race which starts in Winchester and ends in Eastbourne last weekend”.

“Luckily the 50 version was run 2 weeks prior but lockdown 2 happened and obviously our race had to be cancelled”.

“We decided to give it a go unsupported, knowing the route quite well , where the taps are and stashed a bag of food at Washington it seemed doable”.

“We started at 10 and were blessed with a beautiful day, alas Danny’s Achilles blew up at half way ( Washington) so he went home and I carried on through the night”.

“Was treated to a beautiful sunrise as I climbed out of Southease”.

“I finished at Eastbourne track around 10 so around the 24 hour mark. Really enjoyed the adventure as when your racing you rarely look up and take all the beauty in, memories not medals at the end of the day”

Scheduled to be staged on Remembrance Sunday a horn would have stopped everyone on the course for 2 minutes at 11am and sounded again for the 11:02 restart. Lockdown put a stop to that, but you can’t keep a good Tuff down as Dom Amey reports:-

“I entered the Phoenix Remembrance Day marathon slightly impulsively after getting home from the track on a Wednesday evening and within a couple of minutes saw the news that France and Germany were going back in to lockdown. So, it was disappointing but not a massive surprise that the event became a virtual run instead and we wouldn’t get our trip to Walton. The medal landed on my doormat with a huge thud a few days before “race” day and it is a hefty beast so now I felt compelled to earn it. Jon and Tiff had entered the half and opted to do a hilly route from home but I was happy to stay on the flat and as the weather looked kind I opted for the seafront route. Thanks to Clare who came along to keep me company for the first half (which turned in to the first three quarters) because I think it might have been a dull old morning plodding up and down the front weaving in and out of the crowds on my own. The Remembrance Day theme wasn’t completely lost with it being a virtual event though, we arrived at a small service in Shoreham just as the Last Post was being played and passed a mum with 2 young kids all wearing their Poppy Run t-shirts to overhear her telling the smallest that “you have to finish it, we’ve raised £100!”. Without an actual finish line to aim at, the last few km were definitely tougher but overall a good day out and fingers crossed we’ll get our trip to Walton some time soon”.

Don’t forget that this coming Tuesday 17th November we are staging a ‘Zwift Tuff Meet Up’. Whilst many club members already utilise Zwift, (in groups or individually) or other training visual aids like Peleton, the purpose of this series of ‘Ride Meets’ is to encourage participants who have not yet made the jump onto Zwift. (although of course seasoned Zwifters are equally welcome). It could be just what you need to sustain training through the dark, wet and cold winter period. Whilst it sounds technically daunting, don’t be put off as there is plenty of expertise in the club to help advise the gear you need (cadence and speed sensor/dongle) which would enable participants to join in if you have a turbo trainer during the subsequent scheduled rides. We are grateful to our ride leader Richard Hobbs for setting the rides up and creating the ride in a ‘band’ meaning no one gets left behind so your own perceived ability is no barrier to participation. Hobbsie has already sorted questions from the not so ‘technically literate’ so why not put your hand up to join and we can assist to get you ‘hooked up’.

During October the club launched its latest Corona Challenge – the Trick or (Re)Treat. The aim was to see some creative running in the form of Strava art or pumpkin carving. Several entries were submitted for your committee to consider. The winner, perhaps unsurprisingly, given he is our resident Strava art supremo is Mr Chris Robinson. Chris produced a variety of pieces shown below.

It was good of Chris to share his artistic prowess as he advertised his run intentions prior to starting and gained some company, notably Drew Gowland who ran a couple. Thank you to everyone who participated either by carving a pumpkin or going for a run. Chris’s reward for being the winner is a smart Tuff Bobble hat – well done Chris.

A big thank you to Charlotte Lattin-Rawstrone for taking over the lead for #N2T2T. We are indebted to Graham Liddell who put such a lot of work into getting mental health imbedded into our consciousness. Together with our mental health ambassadors of Tiff Orton & Andy Ward we strive to ensure that Tuff Fitty is a safe haven to discuss in harness with the power of sport to improve mental health. We are pleased that Graham will continue his involvement as an ambassador.

Over the past few years aligned to #N2T2T we have raised significant sums for MIND. Whilst not signalling any loss of commitment, the committee have decided that where we have an opportunity to shake a collection tin or raise money for the coming year we would support Cancer United. Unfortunately the subject of cancer has only increased in resonance amongst our members over the past twelve months directly affecting several Tuffs and Cancer United appears a fantastic choice. Cancer United is a unique cancer support charity, and importantly local in the Arun District, for all those whose lives have been affected by a cancer diagnosis. Many Tuffs will be familiar with the OutRun Cancer runs, (where Tuffs comprised 15% of the total field in the Arundel Outrun Cancer race) which is one of their major fund raising events.

We will keep member appraised as to when Government and British Triathlon will permit resumption of group training, but in the meantime; stay safe. 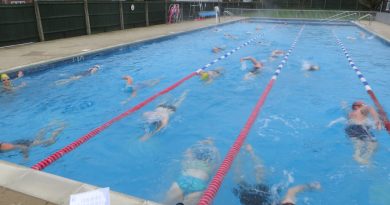 Weekend Round Up 28th 29th December 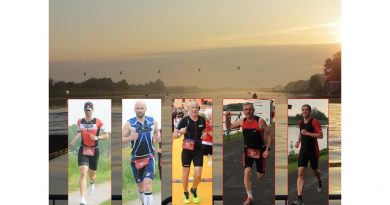 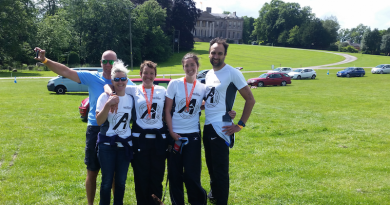